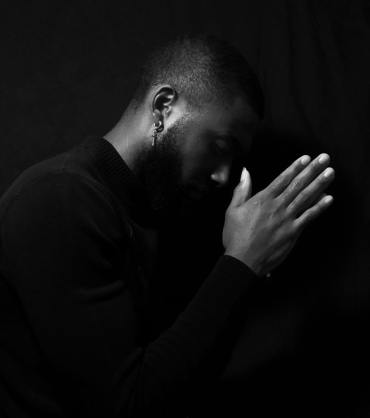 I have a word of encouragement on my heart for you today. I believe God wants you to know how powerful your prayers are. In the face of such a worldwide crisis, the enemy would like us to believe that we are powerless. Beloved, we are not. There is so much power available to us, as we get into our prayer closets.

In our verse for today, God was answering Moses’ prayers. In response to His son’s petition, He spared an entire nation from death. Just a few short verses earlier, they were about to lose their lives, every last one of them. Moses asked God to have mercy on them. God immediately responded, “I have pardoned them according to your word.”

Don’t listen to the lying darts that try to tell you that Moses had more of a direct line with the Almighty because of being such a man of God. Remember what else we know about him? He was a murderer. He was also a reluctant responder to God’s call. Cowardice was his main response when invited to be the Lord’s instrument. “Send someone else! I’m incompetent!” On top of all that, he never did grow past his bad temper. This was such a character flaw that it tragically kept him from entering the Promised Land.

So no, God did not listen to him because he was better than us. God listened because Moses was willing to pray. Just one man was all it took to move God’s heart to radically change the outcome. Not a huge stadium full of intercessors. Not a church building full. Not even a dozen. Not even “two or three.” Just one man.

And so it is with you, dearly loved child of God. You don’t need to be anywhere close to perfect, in order to be an effective intercessor for your nation. You only need to be willing.

So, my dear friend, let’s you and me get in our prayer closets. Remember. Every single one of your prayers reach Daddy God’s heart. He will spare people from death… because you asked Him to. Just you. Just one prayer warrior. You can powerfully influence Heaven for the destiny of the land you love.

Let this truth sink deeply into your spirit, remembering that you are righteous by the precious blood of Jesus:

“The earnest prayer of a righteous person has great power and produces wonderful results. Elijah was as human as we are, and yet when he prayed earnestly that no rain would fall, none fell for three and a half years! Then, when he prayed again, the sky sent down rain and the earth began to yield its crops” (James 5:16-18, NLT, emphasis mine).

When you pray, do you see Jesus listening with the eyes of your heart? Do you believe He is eager to answer your prayers?

28 thoughts on “Just One Prayer Warrior”