2 Kings 5 narrates for us the story of Naaman’s healing from leprosy. Naaman arrives in Israel from Syria with all his pomp and glory, expecting a grandiose reception appropriate to his level of honor and status. Instead, Elisha won’t even come out to personally acknowledge him. He sends his servant out instead with a simple message: “Go dip in the Jordan seven times.” Naaman is furious and almost misses his opportunity to be liberated from misery and early death. These orders seem absurd and insulting. Thankfully, his servants are able to gently reason some sense into him. He humbles himself and decides to obey the word of the Lord. He carries through with the physical action of getting his sick body into the waters of the Jordan and submerging himself in the water seven times. 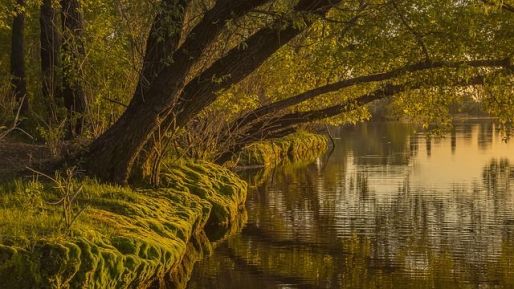 The seventh time, he comes up out of the water completely restored. His skin is now enviably as beautiful as a child’s. (I want to go dip in the Jordan!) His heart is indelibly altered through this experience and he requests permission to take earth from Israel home to Syria to set up permanent worship to the one and only true God.

We could get into the meaning of the number seven and the symbolic implications of being submerged in water, all intriguing angles to this story. But my main point is that, Naaman’s bath that day was a prophetic act, even though he didn’t initially understand its significance. A physical action was required of him to activate the spiritual power of healing on his behalf. As he moved his body (flesh and bones) through the steps of the instructions God laid out, he tapped into the heavenly realm. Power began to flow into him. And since Daddy God is never halfhearted about anything He does, he got better skin out of the deal than any of his peers. (I bet he was excited to go to his next high school reunion after that.) This story makes me eager to follow through when God doles out strange instructions!

© Jennifer Arimborgo and Feeding On Jesus, 2017-2022. Unauthorized use and/or duplication of this material without express and written permission from this site’s author and owner is strictly prohibited. Excerpts and links may be used, provided that full and clear credit is given to Jennifer Arimborgo and Feeding on Jesus with appropriate and specific direction to the original content.