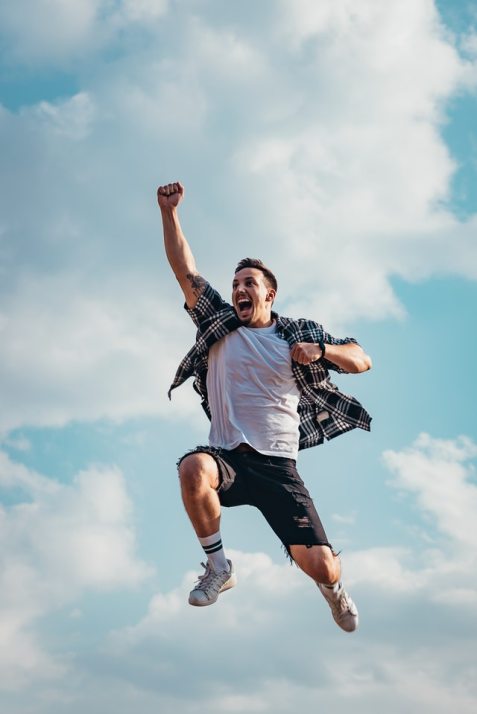 “Surely He shall deliver you… from the perilous pestilence. You shall not be afraid …of the pestilence that walks in darkness, nor of the destruction that lays waste at noonday.

For today’s post, I feel a nudge from Holy Spirit to share with you a dream. One of my good friends received this dream on March 3, just over a month ago – right before all the coronavirus craziness spread all over the planet. I believe it holds several important keys to our victory over this attack on our world, which I will share below. First, the dream:

“I was with church people when a group of militants came in with machine guns and started shooting like crazy. Bullets flying everywhere. People dying. I started fighting back and some of them joined me in the fight.

“Next scene, we were in an open field, surrounded by men with machine guns. There was this small bench I was hiding behind to avoid the bullets. A sense of dread came over me as if I were going to die. I felt hopeless. Then immediately from my gut, Psalm 91 came out of my mouth. After declaring the entire chapter, I was filled with peace and boldness.

“Then, full of faith, I stood up, knowing they couldn’t kill me. I told them they could try but unless God wanted me to die, they wouldn’t be able to take my life. The bullets came at me from every direction but couldn’t touch me. I stood tall, shoulders back, chest out. I was amazed as these bullets bounced off me. Thousands of them.

“Then the men moved aside and this heavyset woman walked in. She was visibly disturbed and annoyed by me. I knew she was the one to defeat; that she was high in rank over the men with guns. I easily took out some of the lower level women with her that were her minions.

“I looked at the boss lady with determination and went straight at her. We fought and I pinned her in a corner with her head in a water fountain. I was trying to drown her in the little bit of water there, and also choke her to death, but she wasn’t going so easily. I could see that there wasn’t enough water to drown her. So I grabbed material I had ripped from my shirt and wrapped it around her neck. I began to pull with all my might. The look on her face was one of anger and knowledge of imminent defeat.”

I believe that Holy Spirit preemptively gifted my friend, through this dream, with divine strategies for walking in victory during this intense time. As the dream reflects, we are in a time of intense warfare. But as Ephesians 6:12 reminds us, the source of this struggle is not physical, but spiritual.

“For we are not fighting against flesh-and-blood enemies, but against evil rulers and authorities of the unseen world, against mighty powers in this dark world, and against evil spirits in the heavenly places” (NLT).

There is one who hates us, and he has unleashed a wicked onslaught against the entire human race. We are in the midst of a raging battle. The joyful, exultant news is that he is already crushed! This very week we celebrate his defeat!

How, then, do we apply the victory that Jesus bought for us with His death and resurrection? Specifically, how do we wage a successful spiritual war right now, against what is facing us? Here are three strategies for winning that I see in this dream:

Triumph is imminent. Jesus already won it for us. Let’s meditate constantly on His Psalm 91 protection promises. Let’s immerse ourselves deeper than ever in His living waters. Filled to overflowing with His supernatural empowerment, let’s together release the limitless power of God into the world around us… through generosity that holds nothing back!

“If you feed those who are hungry and take care of the needs of those who are troubled, then your light will shine in the darkness, and you will be bright like sunshine at noon. The Lord will always lead you. He will satisfy your needs in dry lands and give strength to your bones. You will be like a garden that has much water, like a spring that never runs dry” (Isa. 58:10-11, NCV).

What has God spoken to your heart about giving to others during this time of great need worldwide?