Jesus Himself experiences the ultimate depths of human pain, every single day. He is Immanuel. He is involved. Profoundly, intensely involved. He is here. He is walking among us. The tiniest sigh of your discomfort sweeps through His entire being. Your pain is His pain. When you weep, His chest heaves with your sobs. Not just in sympathy, but because He is feeling what you feel even deeper and more keenly than what you feel it.

Before anything existed, He was brooding deeply over the creation of the world. He looked into the future, and He saw every single heart wrenching, excruciating scene. With incredible pain that you and I cannot imagine, He watched it all unfold.

He saw the shooting. He saw the terror. He heard the anguished screaming. He saw the wives collapsing on the ground in grief at the sight of their murdered husbands. He saw the bodies curled into the fetal position gasping for air between sobs of searing emotional agony. And He saw Himself completely submerged in, wrapped up in, living inside of, each person’s living nightmare.

Not only that. He also saw Himself weeping, grieving, moaning, sorrowing, in the midst of every human tragedy along the entire timeline of history. Beforehand, He already tasted the raw ache His soul would carry day after day, year after year, millennium after millennium, as Immanuel. He fully anticipated the cup that He would drink – your pain, my pain, everybody’s pain. It would be fully His own. 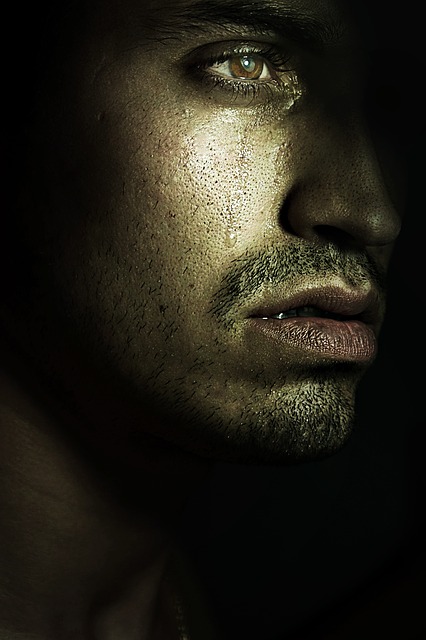 He is looking right at you in this moment. Look up into His eyes. They have born the pain of the ages. In them is an indescribable depths of love for you. He gestures with a movement of His head at all of His suffering. He wants you to know He is weeping too. Gazing deep, deep into your inmost being, He says in the most tender of tones, “My child, my precious one, I am with you. Right here and now, I am with you.”