A few moments later, His tone shifted to that of a stern but compassionate fatherly warning. With intensity He urged, “If your hand or your foot causes you to sin, cut it off and throw it away. It is better for you to enter life crippled or lame than to have two hands or two feet and be thrown into eternal fire” ⁴. Even in these serious words, the sons and daughters listening could sense the profound love in His voice. His overwhelming concern for the destiny of their souls was unmistakable.

Jesus looked back at Eli with deep tenderness. As He softly rubbed his back, Eli leaned his little head on Jesus’ shoulder. Jesus then made a sweeping motion with His hand, indicating His loyal followers that sat nearby. He expressed His next thought. “See that you do not look down on one of these little ones. For I tell you that their angels in heaven always see the face of my Father in heaven” ⁵. His hand then returned to Eli’s back, which He continued to stroke gently. The day had been long, and Eli was getting sleepy. His head remained nestled into the crook of Jesus’ neck.

Receiving their Master’s affirmation, His disciples’ hearts warmed with pleasure. How they relished being called God’s little ones! At first, Jesus’ habit of referring to them that way had seemed strange. How could grown men be the little ones of a Man in His early thirties? But they had come to cherish His loving tones when speaking of them that way. How they admired this Teacher whom they had left everything to follow! How He had captured their hearts!

They continued to voraciously absorb every moment of His illustrated sermon, watching how He ministered to Eli even as He continued to teach. Jesus’ rich affection for people had become a familiar sight to them, one they never tired of. He regularly lavished affection on them too. Although He did not hesitate to correct them when they occasionally needed it, they always knew how fiercely He loved them. That sense of living, tangible love never ceased flowing from His person towards them. 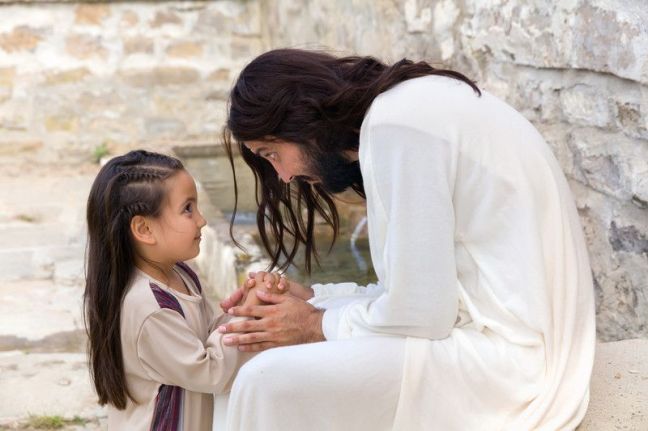 Stay tuned tomorrow for the final installment of this series!