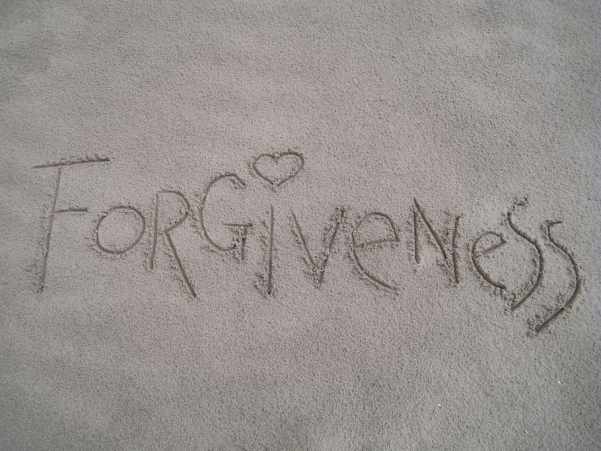 “Abraham obeyed My voice and kept My charge, My commandments, My statutes, and My laws” (Gen. 26:5, NKJV).

Lately I’ve been thinking about how God seems to have a selective memory (in a most beautiful way). Consider the above verse from Genesis. In this passage, He was dialoguing with Isaac about how upright his dad, Abraham, had been. His statement about Papa Abraham’s obedience was sweeping. To read it, you’d think that Abraham had never once misstepped.

There is no “except those times that…” clause. No proviso. No mention of the time Abraham lied. No reference to the time he slept with his household help instead of holding onto the promise of a son through Sarah. What’s even more amazing to me is that he inherited the title “Father of the Faith”… in spite of such an imperfect journey towards the fulfillment of God’s word to him.

In speaking of his life to those coming after him, God only trumpeted the victories. He confidently asserted to everyone willing to listen, “Abraham obeyed My voice and kept My charge.” Period. Abraham’s obedience is all that came to mind when He remembered His friend’s life and legacy.

Abraham is not an exception. This selective remembrance is a regular habit of God’s. Here are a couple more examples of it:

David. “…a man about whom God said, ‘I have found David son of Jesse, a man after my own heart. He will do everything I want him to do’” (Acts 13:22, NLT). Again, God makes no mention in this commemorative verse of the seemingly unforgettable, ugly chapter of David’s life. The man stole Uriah’s wife, impregnated her, and then sent Uriah to die to “clean up” the hideous mess he had made. Really? “Everything I want him to do”? In my mind, not quite. But apparently God’s mind is wayyyyyyy more gracious than mine.

Moses. “And Moses indeed was faithful in all His house as a servant” (Heb. 3:5, NKJV). God felt no need, in this glowing report of Moses’ life, to make any mention of his major failures either. Remember, God? That bit about not even wanting to go when You called him to deliver Israel? When he begged and pleaded for You to pick someone else? God: Nope. Silence.

How about the part where he lost the privilege of getting into the Promised Land because of his terrible temper? Goodness, the Promised Land was the whole point of the Exodus story! He missed the whole point of the entire book that features him! And God, what about the murder part? Don’t I recall that Moses was a murderer too? God: Blank stare. Then He smiles tenderly and repeats, “And Moses indeed was faithful in all My house as a servant.”

There is great hope for us in this, my friend. We can joyfully surmise that God is way more interested in focusing on the ways we have been faithful and obedient… than on our stumblings. In fact, He has completely forgotten about our failures. This is one of the fundamental facets of the New Covenant: “But this is the new covenant I will make… I will forgive their wickedness, and I will never again remember their sins” (Heb. 8:10; 12, NLT). Once we confess our wrongdoings to Him, they get washed away forever by the blood of Jesus. They simply don’t come up in His thinking anymore.

His thoughts about us are more numerous than the grains of sand on the seashore… and not a one of them are about the way we have let Him down. Instead, His heart swells with joy at our desire and wholehearted attempts to obey and please Him. He well knows how hard obedience often is on this fallen planet of ours. Because of this, every one of our efforts to live for Him means so much to Him. How we delight His heart!

Dear one, have thoughts about your own failures been troubling you? Daddy does not want you weighed down by the heaviness of a guilty conscience. Long ago, He made perfect provision so you wouldn’t have to live that way. Come. Partake. Receive what Jesus provided through His sacrificial death: “How much more, then, will the blood of Christ… cleanse our consciences from acts that lead to death, so that we may serve the living God!” (Heb. 9:14, NIV). Receive the cleansing of your conscience, beloved child, and serve the living God in absolute liberty. Today, you can bask in His delight in you. He remembers your sins no more!

What does it feel like to be fully forgiven? How would you describe it?

Hungry for more of Jesus? Fascinated by the prophetic revelation of His heart? Then you would no doubt love my other blog, What Do You See? Check it out here!

My journey as a missionary in the jungle is an absolutely intriguing one. Reading about it has the potential to beautifully alter your life forever. Don’t miss it! Get my book here. (Available both in print and Kindle format.)