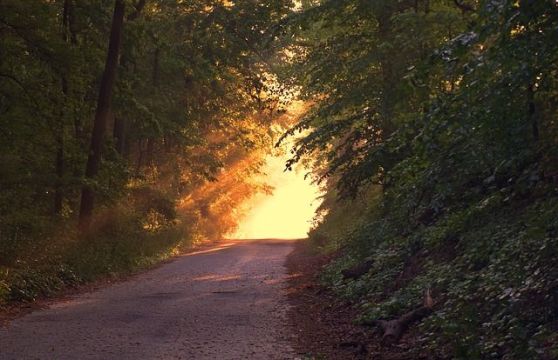 “I write to you, little children, because your sins are forgiven you for His name’s sake” (1 John 2:12, NKJV).

I recently revisited the story of the paralytic lowered through the roof before Jesus. There’s more than one thing unusual about this historic event. You’ve probably already thought about how radical it was for this man’s companions to tear a hole in the building to get him to Jesus. However, have you considered how unusual Jesus’ immediate response was?

If you read through the four gospels, Jesus did not make a regular practice out of proclaiming the forgiveness of sins to individuals. Though He spoke of forgiveness to the multitudes, this was one of only a few instances where He personally ministered forgiveness to someone.

I’m thinking that paralytic must have been tormented by guilt. Which leads me to this observation: Do you notice that in all three gospels where this story is told, Jesus notices the faith of the man’s friends? “They went up on the roof and let him down with his bed through the tiles into the midst before Jesus. And when he saw their faith, he said, ‘Man, your sins are forgiven you’”. (Luke 5:19-20, ESV, bold emphasis mine).

When I read that detail, it strikes me that the sentence doesn’t start out with, “When he saw the paralytic’s faith…” I’m guessing that this wretched man wasn’t feeling very full of faith that day. Maybe he was embarrassed that his friends were going to all that trouble for him, such an unworthy person. I’m guessing that he was plagued by memories of his shameful failures. He very well may have considered them unpardonable. Truth be told, they were literally sucking the life out of his body.

The man’s friends had heard Jesus was a healer. They earnestly desired to see their buddy back on his feet. However, Jesus saw that this lost soul desperately needed something even more critical: relief from the torment of guilt. He needed cleansing from the terrible weight of sin that was extinguishing his spirit. So He looked into the eyes of this immeasurably precious human being, and pronounced what that man was longing for the most… forgiveness.

He healed the paralytic’s soul and spirit before He healed his body. A few moments later when He performed the physical healing too, it really was just a completion of what had already happened. The man’s inner being leapt up first, exploding with the glory of new life. Then the outer man joined in!

Do you, too, need what this man needed? Have you been carrying around with you the terrible weight of guilt? Has the memory of failure been tormenting your soul? Has it been stealing your vitality and joy? Jesus sees you. Just as you are, He loves you more than His own life. And He has provided that which you most long for.

Go ahead. Do it. Look up into His eyes, and find in them the infinite depths of compassion that overflows from His heart for you. Listen to the tenderest tones of His voice as He gently but firmly assures you, “Child, I did it. I paid for those. Fully. Listen and receive this into your heart of hearts. Precious one, your sins are forgiven you.”

Watch as His blood washes them away forever. They are gone. You are clean, sweet child of God. You are forgiven. Leap up and celebrate, because you are forever free!

Have there been times in your life, when you wanted Jesus to help you with a physical issue, and He knew you had a deeper, inner need that was more pressing for Him to meet first?

12 thoughts on “Forgiveness that Heals Your Soul”