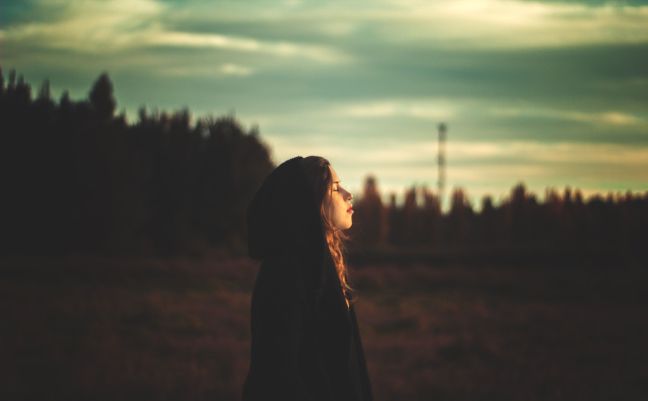 “And he said to her, ‘Daughter, your faith has made you whole. Go in peace, and be whole of your scourge’” (Mark 5:34, ALV, Bibliotheca Edition).

Jesus strode purposefully ahead, His determined step testifying to the vital importance of His mission. He was headed to the house of an influential community leader. Jairus, the ruler of the synagogue, had implored Him to come heal his daughter. There was no time to lose. She was dying.

And yet, even as pressing as the matter was, in mid-stride, suddenly He halted. His gaze sweeping over the crowd that pushed in on Him from every side, He asked an odd question. “Who touched Me?” There were only two people that knew what He meant. He Himself, and the woman that had just received an instantaneous healing after twelve years of suffering.

She had reached out and touched His garments, expecting that power would rush out of Him and into her body. This is exactly what happened. Twelve years of hemorrhaging were dried up in that very moment. Her physical affliction was over.

Jesus was keenly aware that healing virtue had just been pulled out of Him and made someone well. He could have thought to Himself, Wonderful! Another life impacted for My Kingdom!, and continued pushing forward with His critical task. That wasn’t enough for Him. His beautiful heart desired to personally connect with the one reaching out to Him. He stopped, and He found her.

Holy Spirit knew that this woman also needed emotional restoration. For twelve years, she had been ritually unclean. Those around her had avoided contact with her for over a decade, in order not to become unclean themselves. She had long been severely lonely. The Father knew that she needed Him to heal not only her body, but also her soul. He yearned to restore to her what had been stolen through her unrelenting misery: her sense of personal value.

Jesus looked into her eyes and called her “Daughter” with a love more exquisite than any she had ever tasted. In that moment, not only her physical frame, but also her inner being was brought to wholeness. In essence, He communicated to her, “Be whole, precious one. I restore your worth.”

Have you, like this woman, ever felt lonely, cast aside by those who should have been caring for you? Have you tasted what it feels like to be unclean, unacceptable to those around you? Even in the midst of a teeming, bustling crowd, Jesus sees you. Even as a multitude of prayers ascend to the throne of God, He is aware of you. His focus is drawn to your faith pulling on His power. When you reach out to Him for healing, He stops everything and fixes the whole of His attention on you.

Brimming over with devotion to you, He connects directly with your spirit. He’s not content just to meet your physical needs. He longs to refresh and revive your soul. Looking into your eyes, He calls you “Daughter” or “Son” with more love than you have ever encountered anywhere. With His touch, with His words, with His gaze, He restores you. He makes you whole. Listen to Him now as He says tenderly to your heart:

“Go in peace, and be healed of your scourge.”

What do you need from Jesus today? Will you dare reach out and touch Him, in the midst of the crowd?

3 thoughts on “Be Made Whole”